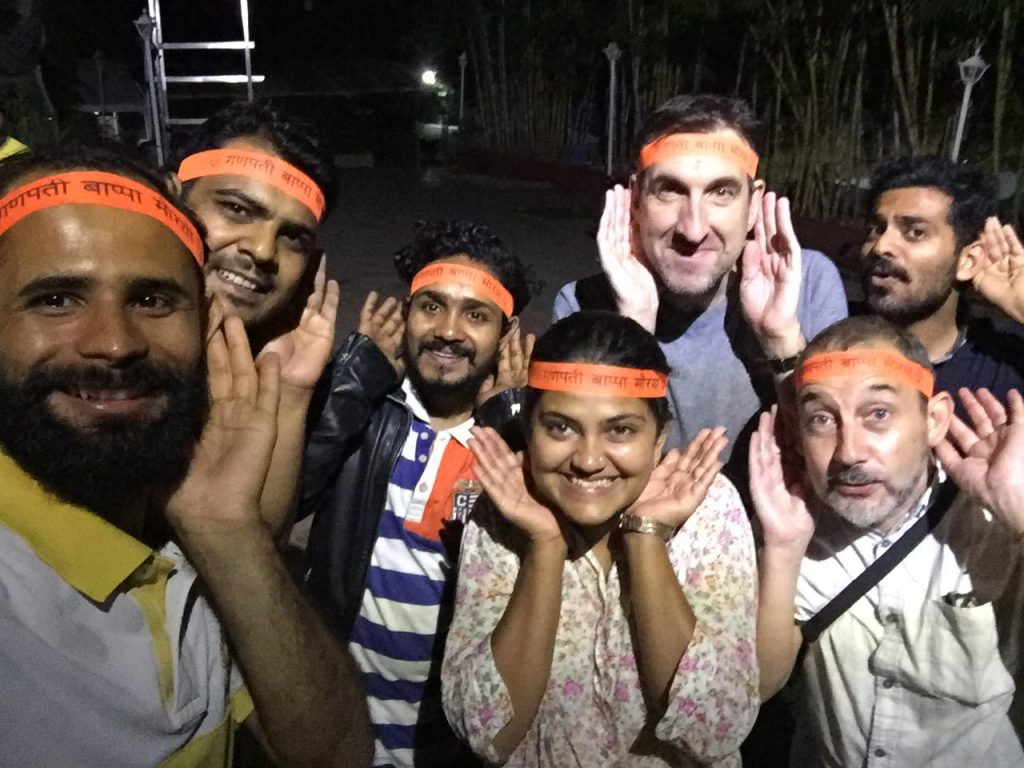 Andy has recently returned from Pune where he worked with Swatantra Theatre Company to devise and perform a short show on the theme of Neighbours which was performed in three different spaces in the Birajdar Basti. Arriving during the Ganpatti festival, which meant the work had to be done in a much shorter time than envisaged, it was a very intensive few days; but the cast were absolutely brilliant, turning up at 6am in the morning to rehearse on the day of the show. And we now have a name for the show – Suno Suno, which means Listen Listen. 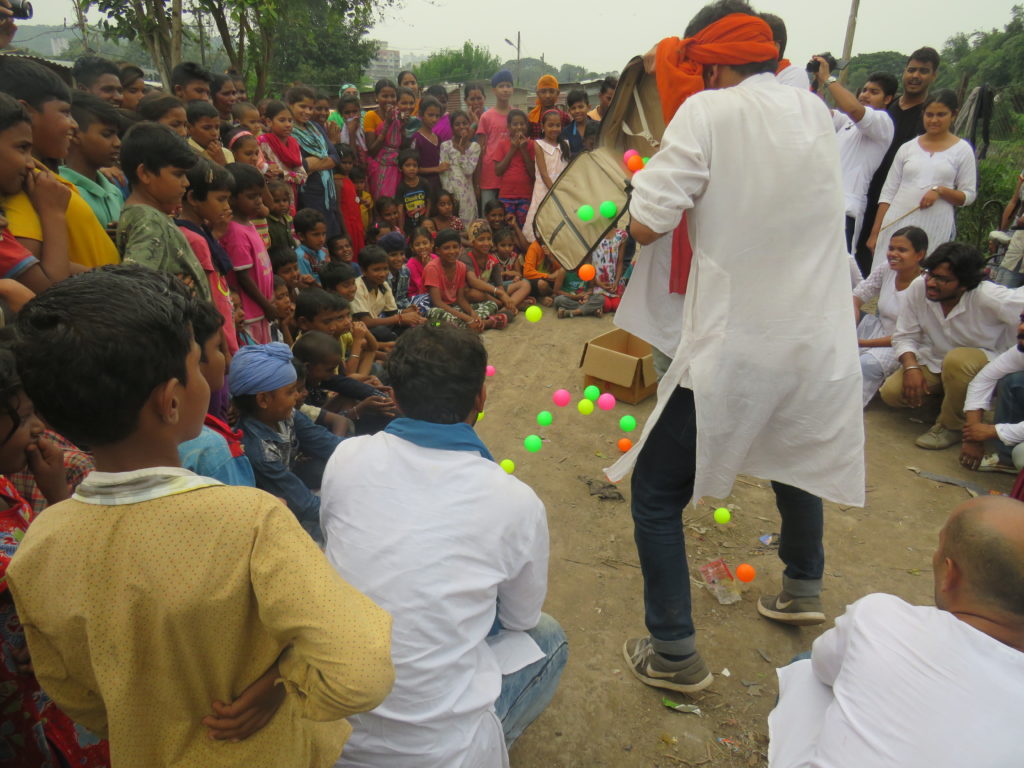 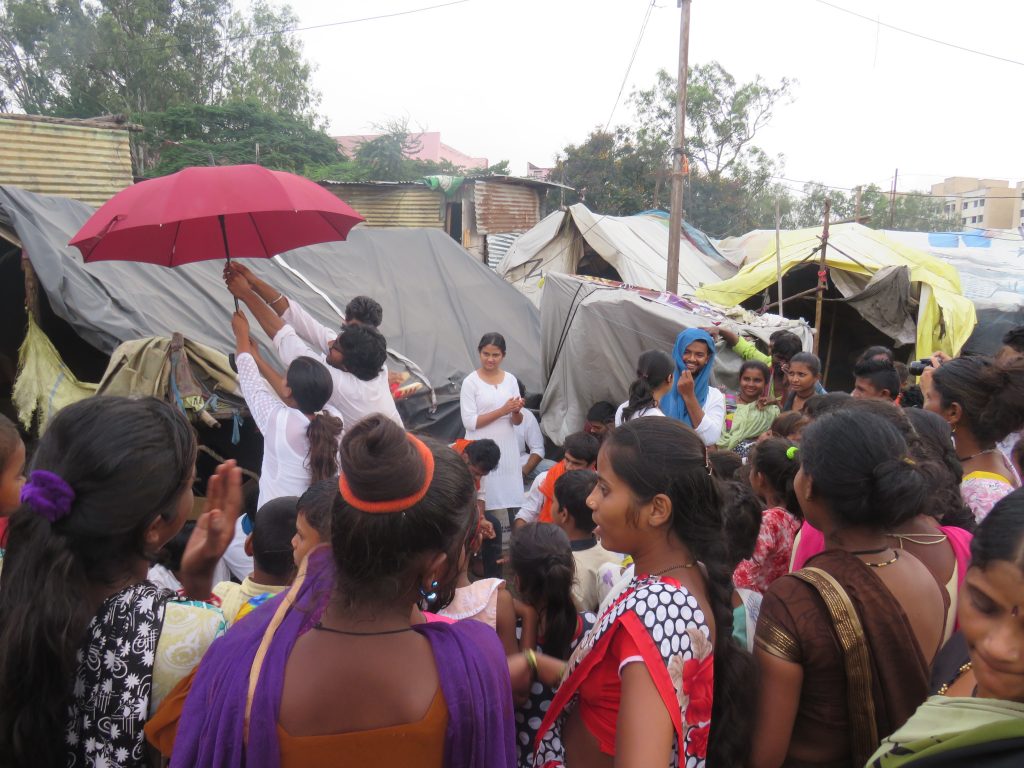 The next stage of this project is to write the script for the larger touring show which Andy will be doing with a team from Swatantra, and it will be interesting to see how the process of creating a script between two continents, using three languages, progresses.

Our next visit to India – in November – will be to Kochi in Kerala, as we begin work on another large scale project, this time working with Lokardharmi. We’ll be posting more about this when the project – which will run over three years and will feature the filming of the a theatre production for broadcast across Kerala – is officially announced.

Meanwhile our rehearsals for The Rutlanders Return are going well. Do come and see the show (we’re really pleased with it) which is touring Rutland from the 25th to the 28th of October.  All of the performances are free but do need to be booked here.

Finally our In Flux project has been used as a case study for the Common Cause Resesearch project. You can see what they’ve come up with here.