This was an Excavate co-production with a range of Loughborough groups (including Charnwood Arts) which had a healthy dose of our input. Having been asked to devise a project model to commemorate a zeppelin attack on Loughborough in 1916, when people were randomly struck down by the falling bombs and shrapnel, we came up with an idea that attempted to mirror this. And so fifteen or so different scenes, each lasting around fifteen minutes, could be seen at various times across the weekend in different venues (a domed tent in Queens Park, cafes, pizza parlours, studio spaces, on the streets and in pubs). The audience had a map and could visit any scene in any order, piecing together the events of that day.

And the styles of these scenes varied. We had monologues, duologues, street theatre scenes, scenes that took place around tables and larger group scenes. And then we all congregated for the finale at the church.

There were around 90 performers in all. And the sun came out for us. 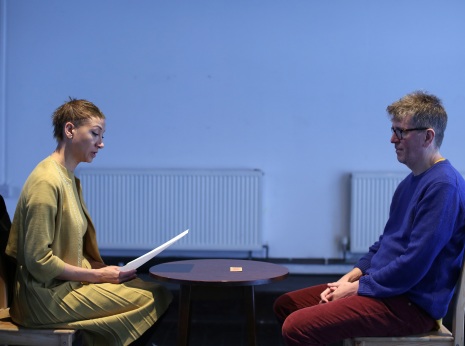 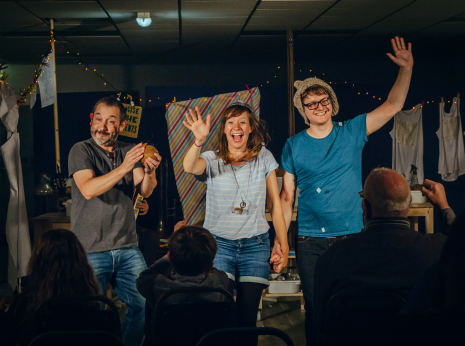 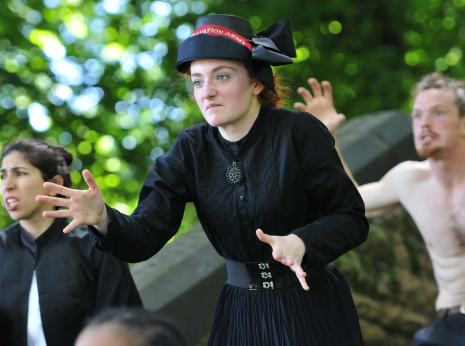 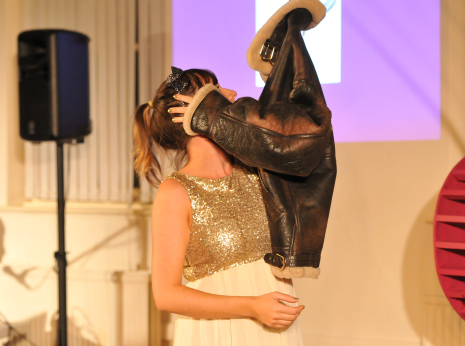