We’ve recently returned from Pune in India where we are working with Swatantra to create a community play in the Birajdar Basti as part of a Global Challenges Research Fund project.  Much of the time was spent (thankfully, given the temperatures) planning the project at the IHMP offices with a range of colleagues, the majority of whom work for social and public health organisations. But we did get to visit Swatantra’s beautiful rehearsal space and meet the cast of their current shows on World Theatre Day, as well as have another site visit where, once again, we were welcomed by everyone that we met. Since our return Saba and Tejasi, the project research assistants, have held a public meeting at the site where forty people turned up to find out how we might all work together as we look to create a community performance based on the stories of the people who live in the basti.

Swatantra will soon begin their work on site and we will be having lots of Skype meetings as we begin to think about how to shape a script before we meet everyone again, after the rains, in September. 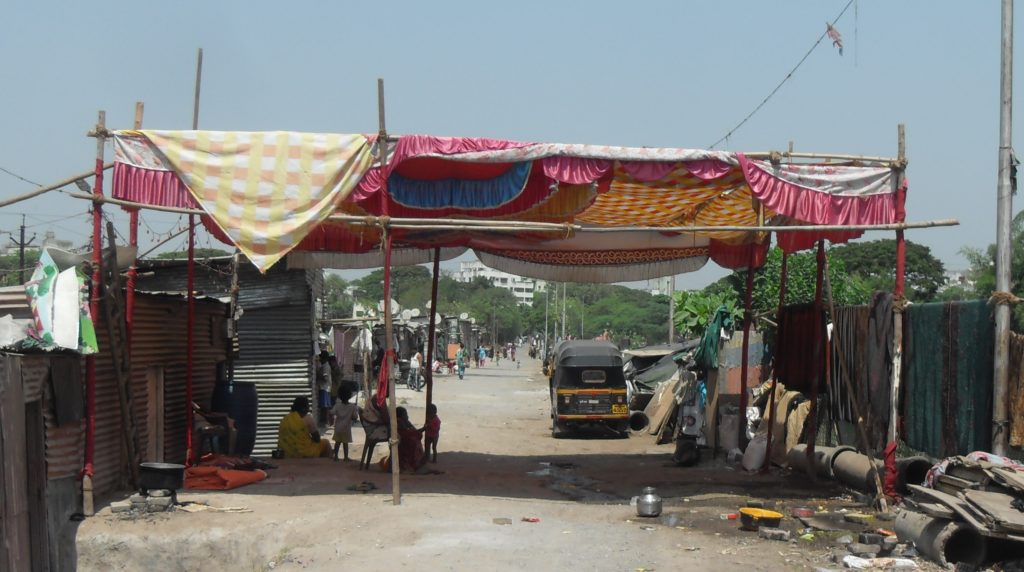 Closer (much closer) to home we’re heading into the final part of our Three Doors Down project in Aspley after gathering a lot of stories about life on the estate over the last eighty years. We’re still looking for people to join in the performance, which will combine food, film, projections, music and story telling, but Gladys, who was awarded an MBE for being the oldest lollipop lady in Nottingham, has said she’ll take part (as a lollipop lady of course) and wear her MBE, the first time she will have ever done so in public. 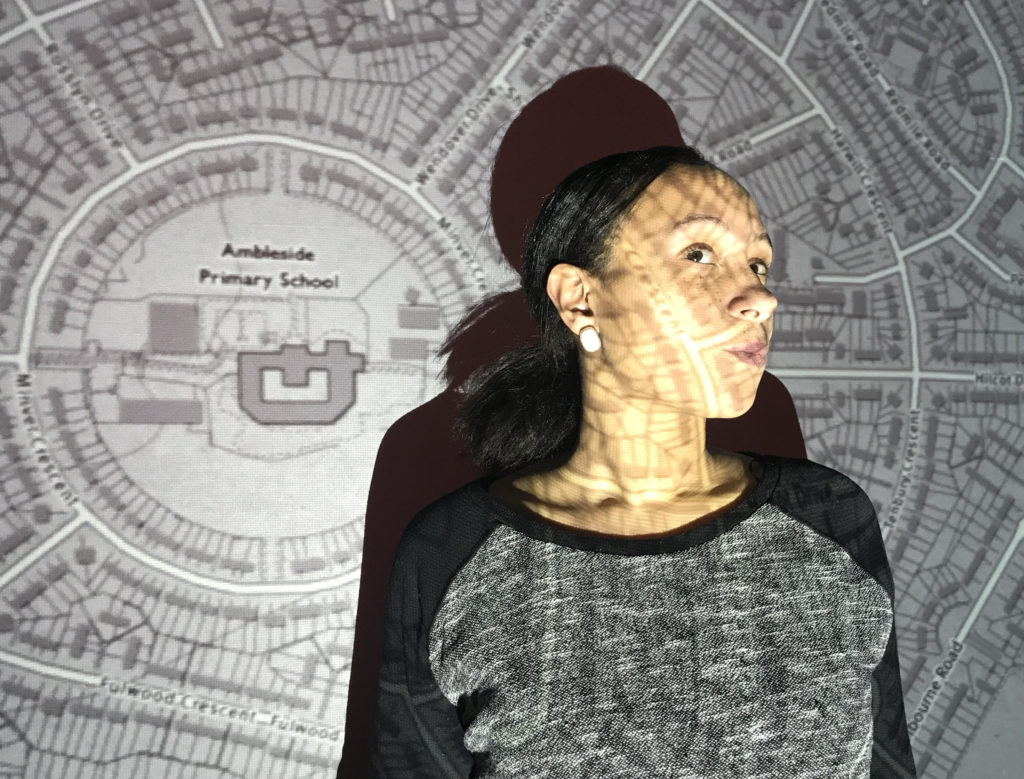 The research phase of The Rutlanders Return is also in full swing and we will hold our first public meeting about the performance side of the project on May 9th, when the Director Martin Berry will meet those who want to join in with this newly (to be!) written show about the impact of World War One on the social fabric of Rutland. Andy has now started work on the script which will be for a cast of around fifteen. The show, which will also involve a choir and band, will tour across Rutland in the autumn.

In terms of irons in the fire we were very disappointed to hear about Sustrans decision to pull out of their HLF bid to develop the Bennerley viaduct as a cycle path. We were to create a site specific community show as part of the bid and it would have undoubtedly been one of the most challenging and spectacular sites that we would have worked in (and on). The team of volunteers have done incredible things and they were very close to receiving the money that they’ve been working so hard to raise.

We have been asked to restage But I Know This City! for the fiftieth anniversary of the publication of ‘The Unfortunates’ in tandem with Nottingham City of Literature and should have more news on that soon. This was a hugely successful project back in 2015 and we hope to get as many readers to join in with sharing this wonderful Nottingham based book, in as diverse a range of venues (many of which we hope will welcome us back) as then.

Further discussions with the City of Literature team may bring forth a project later this year called Congress, which will be a move in a different direction as we look to engage with playwrights and their work from across the world via Skype. We’ll let you know more about that when more concrete plans are in place.

As many of you will know we’ve also spent many years looking to develop a project around the story of a community of conscientious objectors in Lincolnshire during World War Two. This is one of those projects that is moving forwards very slowly but we are hopeful that the interest that the National Theatre has shown, (coming to visit the Lindsey Rural Players production of Remembrance at the Broadbent Theatre that we provided some assistance with) will eventually lead to something very exciting.

That’s it! (Well, we do have two other projects that are currently under application and don’t want to hex them – though one would be in Leicester working with older people, and the other would take us back to India).

If you want to know more, or would like to get involved in any of the projects that we’ve mentioned then do please get in touch.

← New projects for 2018
The Rutlanders Return →